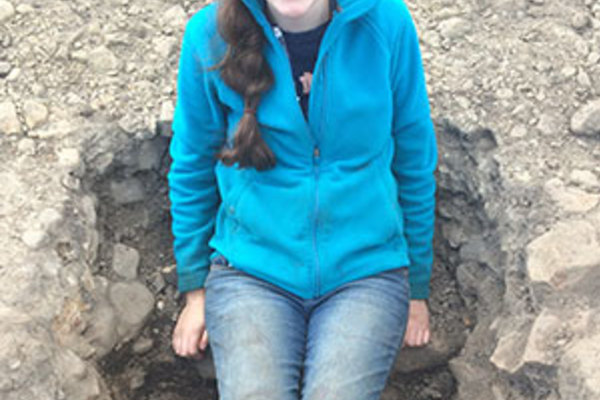 Notre Dame sophomore Olivia May has been interested in classical cultures for a long time. This past summer she was able to experience one in a new way—by physically sifting through its remains. The Wisconsin native received an award from the U.S.-U.K. Fulbright Commission to study in Northern Britain, including two weeks digging at the site of an ancient Roman fort, helping to uncover evidence of the Roman Empire’s influence in England.