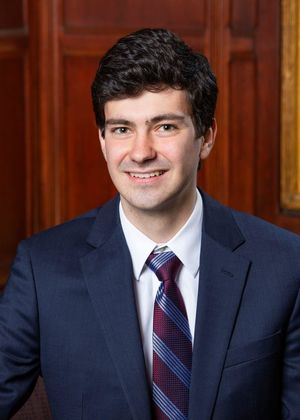 Glynn senior Daniel O'Connor, an early (2018) inductee into the Notre Dame Chapter of Phi Beta Kappa, has been awarded a National Science Foundation Graduate Research Fellowship in Economics.  A math major who tutored undergraduates in Notre Dame's summer math REU, while also writing an expository paper on the Banach-Tarski paradox, Danny developed an interest in economic development through independent reading of a graduate textbook in economics. His interest in economics eventually led to his participation in economics research at Notre Dame, where he became a co-author on a paper about structural economic change.  Danny's senior thesis research examined the extent to which the diffusion of knowledge about production - a factor which potentially could greatly improve the welfare of persons in developing countries - is related to both production techniques and the challenge of local producers to implement new ideas. Danny also played bass in the Notre Dame Symphony Orchestra during his first two years at ND, and spent his junior year at Oxford University pursuing higher-level mathematics.