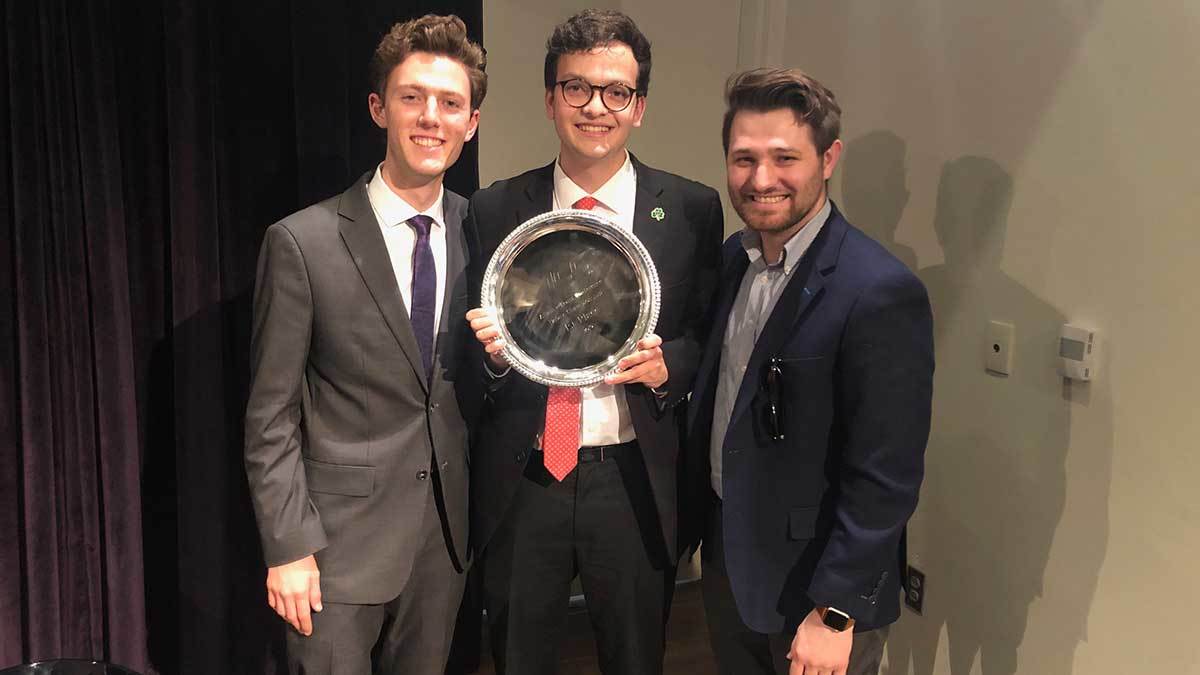 Two members of the University of Notre Dame Debate Team — freshman Patrick Aimone and sophomore Conrad Palor — took first place Saturday (April 6) in the Atlantic Coast Conference (ACC) Debate Championship in Washington, D.C. Aimone is a political science major and Hesburgh-Yusko Scholar. He is a member of the Glynn Family Honors Program. Palor is a philosophy and accountancy double major.

Led by coaches Stephen Scheffel and Lenora Popken, both Notre Dame Law School students, Aimone and Palor debated the topic “Voting should be compulsory in the United States” with students from 14 other ACC schools at the National Museum of American History.

The ACC Debate Championship is funded by the ACC Academic Consortium (ACCAC), which supports the academic missions of ACC schools with collaborative programs, ideas and recognitions. The consortium is supported by a special fund within the conference budget. It is guided by member schools’ presidents, provosts and chief undergraduate education officers.

This is the first win for a Notre Dame team in the five-year history of the event.

“We are thrilled with the outstanding work of our two debaters in the ACC tournament. Their success demonstrates how debate can strengthen students’ public speaking and research skills and ability to construct arguments,” said Susan Ohmer, the William T. and Helen Kuhn Carey Associate Professor of Modern Communication in the Department of Film, Television, and Theatre and the director of debate at Notre Dame.

“The opportunity to participate in debate is available to any student at Notre Dame, Saint Mary’s, or Holy Cross,” Ohmer added, “and we welcome everyone’s involvement.”